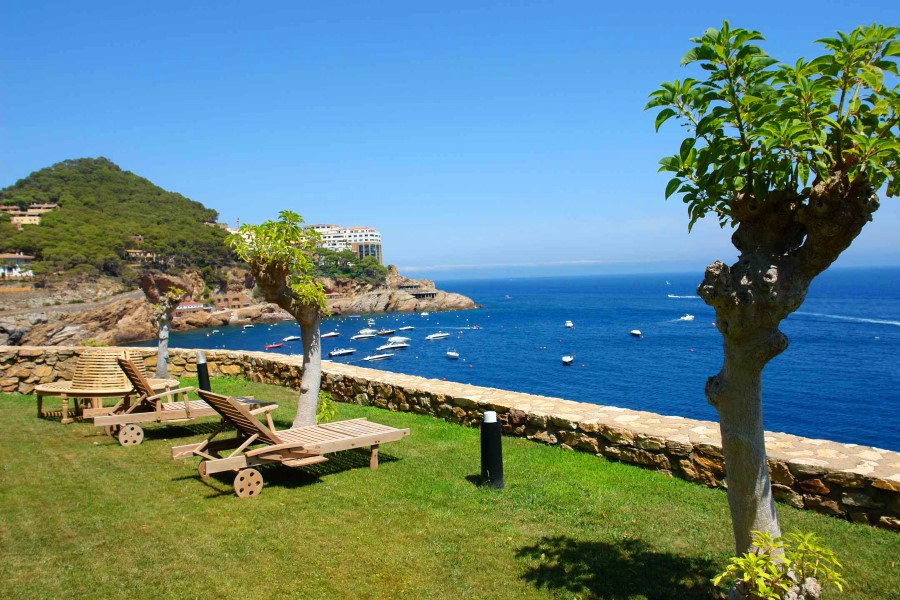 Property ID : 750Surface: 765 m2Plot: 2355 m26 Bedrooms6 Bathrooms2 Garages Print this page
This villa was built in 1991 on a plot of 2.355 m2 lined with grass and mature pine trees. It sits on top of a cliff bordered by the seaside walkway which runs alongside two sides of the property. The views are splendid as the villa faces “Cap-Sa Sal”, the creek of “Aiguafreda” and the islets of “Ses-Vacas” and “Punta-Splom” and the open sea beyond. A private staircase leads down from the plot to the creek of “Ses-Vacas”. There are two fireplaces in the living areas and a barbecue on the terrace. Distributed over two levels, the villa enjoys great privacy as two sides face the sea so it has no neighbours close by. The property is of the highest standard and, due to its location, uniquely exclusive.

1313- Detached house walking access to the center, with garden, in Residencial Begur.

401 Newly built house with private pool and views of the mountains.

Just 300 meters from the beach. The house is located… More Details